Welcome to Spirit of the Times, the first in a new and occasional series that delves into the ever-expanding world of online resources to recreate what was hot (and, maybe, what was not) in American culture in this month at a certain point in the past. This time, November 1853: 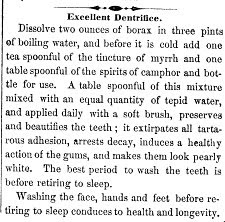 Email ThisBlogThis!Share to TwitterShare to FacebookShare to Pinterest
Labels: spirit of the times