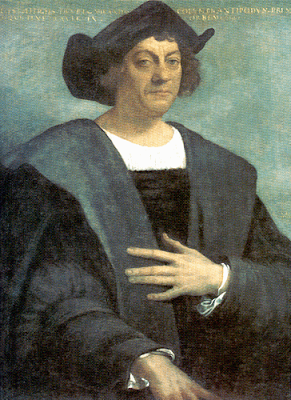 Americans and Canadians are both in festive mood today, the second Monday in October, as they celebrate, respectively, Columbus Day and Thanksgiving.

Whilst spending last year studying at the University of Colorado at Boulder, my American friends were determined to throw more than just a few interesting facts about Columbus Day my way...
If you’re experiencing Columbus Day first-hand this year, why not leave a comment telling us what you’ve been up to?

Meanwhile, just across the border, Canadians are already enjoying their three-day Thanksgiving celebration. Family time, turkey dinners and a great deal of merriment – it reminds those of us in England that Christmas will now be fast approaching! Those of you in Canada, please post some pictures of your holiday experiences! (And remember: Canadians are in the middle of their own election campaign, too).
at 13:31