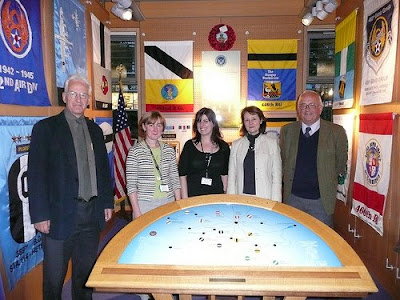 Last week the 2nd Air Division Memorial Library (located in the Millennium Library in the Forum) played host to AMS faculty and graduate students. The event marked the fact that the 2nd Air Division Trust has just funded a scholarship to support an American arts graduate studying at the UEA - this year, Meghan Purvis (pictured in the middle, above) - by providing 10 hours of work a week at the 2nd Air Division Memorial Library. Next year, there will be two such scholarships. AMS students should also be aware of the library's excellent holdings, which might come in useful for a wide variety of research projects. Here's more about the library, from their website: 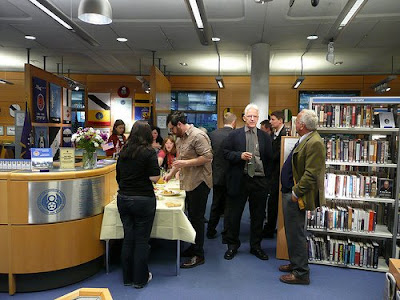 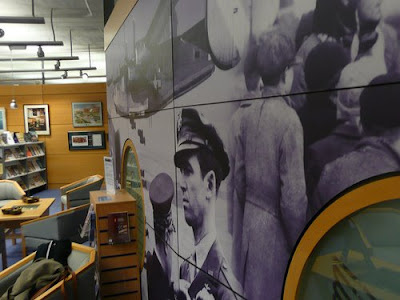