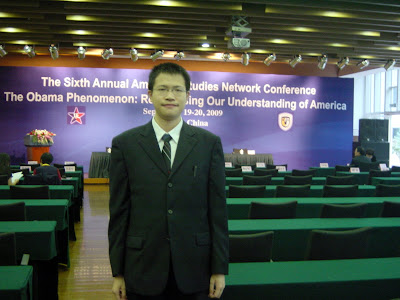 Here's one of last year's MA students Tong Xiong at the 6th American Studies Network Annual Conference, "The Obama Phenomenon: Reassessing Our Understanding of America", in Beijing. Tong's had a busy time of it this summer: he also presented his dissertation at the International American Studies Association 4th World Congress, with its theme of "Decoding American Culture in the Global Context". Whilst there, Tong reports that he saw new U.S. ambassador to China Jon Huntsman talk about the potential importance of China's American Studies scholars in the process of improving U.S.-China relations.
at 09:29 No comments: 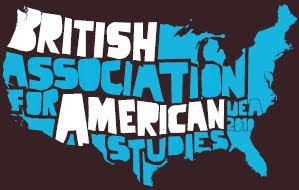 As promised yesterday, an update about the British Association for American Studies Conference, taking place at the UEA April 8-11 2010. We're very happy to announce that our plenary speakers have now been confirmed. It's an impressive line-up. 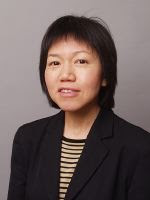 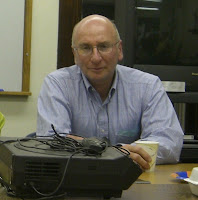 Professor Bruce Michelson (University of Illinois) will give a lecture sponsored by the School of American Studies at the University of East Anglia. 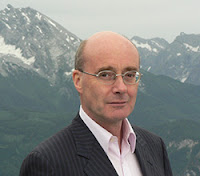 Professor David Reynolds will give the Eccles Centre Lecture.


More updates soon - remember: the deadline for paper and panel proposals is October 16. Our call for papers is available here. We hope you can join us in April 2010.
at 15:30 No comments:

It's the final day of our back-to-business run through recent literary lists. And this list is still a work in progress. Over at The Millions, a mob of "regular contributors and 48 of our favorite writers, editors, and critics" are putting together a list of The Best Fiction of the Millenium (So Far). In itself, this list is something of a response to an earlier literary list:

"When The New York Times named “The Best Work of American Fiction of the Last 25 Years” in 2006, none of the finalists was younger than 69, and the most recent publication date was 1997. But the ’00s have introduced us to new voices, spurred others to new levels of achievement, and ushered in the late masterworks that have capped distinguished careers."

So far, they've reached number six: Cormac McCarthy's The Road. Number seven was the UEA's very own W. G. Sebald. Any guesses as to what will claim the top spot?

Tomorrow: exciting updates about the British Association for American Studies Conference 2010.
at 09:13 No comments:

Yesterday, we took a look at Oxford American's Southern literature lists. On today's list, one of the winners of that sift - William Faulkner - crops up again. The Bear is listed as the fifth most important book for our times, according to Newsweek's run through "What to Read Now. And Why." And out of the "fifty books for our times" that they select, what do they think is the most important book to be reading right now? Anthony Trollope's The Way We Live Now, published in 1875. Does that make you think any differently about your nineteenth century courses? According to Newsweek:

The title says it all. Trollope's satire of financial (and moral) crisis in Victorian England even has a Madoff-before-Madoff, a tragic swindler named Augustus Melmotte. 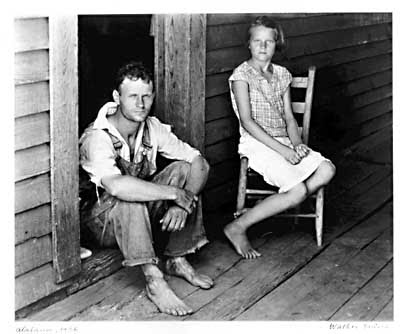 To ease us into the new semester we're embarking on a three day project highlighting recent literary lists of interest to American Studies students. To kick things off, Oxford American's Southern literary lists. They count down the best Southern novels of all time (winner: Absalom, Absalom!) and the best Southern nonfiction of all time (winner: Let Us Now Praise Famous Men). For good measure, they run through the most underrated Southern books. Another list tomorrow - but for now, any thoughts about this list?
at 15:57 No comments:

Welcome back, one and all. As the new semester begins, Containing Multitudes will return to its regular routine of posts. All contributors are welcome - just drop us a line. And remember that you can also follow us on Twitter at twitter.com/AmericanStudies.
at 10:46 No comments:

News: The Future of Music

Left, you can see a graph, produced by the New York Times in June, highlighting music sales by medium across the decades. According to Charles M. Blow:

The music industry’s deathwatch kicked off about a decade ago, but it seems the vigil could soon be over. According to data from the Recording Industry Association of America, since music sales peaked in 1999, the value of those sales, after adjusting for inflation, has dropped by more than half. At that rate, the industry could be decimated before Madonna’s 60th birthday.

Whichever way you break it down, it's clear that patterns of music access and consumption have already changed for good. On the day that Spotify launches its mobile app, streaming seems to be the inevitable writing on the wall - something that a survey from July also supports.

If you want to participate in the debates surrounding the future of music, a postgraduate at Nottingham Trent University is currently undertaking a survey into the use of music blogs. And once you've done that, you can read Nick Hornby's thoughts on the subject in the Guardian: "All I know is that if you love music, and you have a curious mind, there has never been a better time to be alive."
at 07:56 No comments:

Back in November 2007 we reported about the launch of as|peers, "the first and currently only graduate-level peer-reviewed journal for European American studies". They've now put out a call for papers for their third issue. Here it is:

Call for Papers on "America and Crime"

The past year has seen an unprecedented interest in white-collar crime. From the presidential election that pitched an honest Main Street against a criminal Wall Street to the trial of Bernard L. Madoff, crime, it seems, has become a central metaphor for the American public to reevaluate long-standing dogmas of neoliberalism. This recent surge of interest arguably is a consequence of the current economic developments, but it also reflects a more fundamental connection between American (self-)perception and 'crime,' a connection that is expressed in a wide range of cultural artifacts and texts. We are thus calling for submissions scrutinizing the role of crime from various disciplinary perspectives. Contributors are invited to explore the role of crime as a cultural signifier, a social reality with complex ramifications, an analytic category, or from other angles.

Different notions of crime have served as master tropes both for American culture's self-portrayal and for outside readings of the United States. From the celebrated lawlessness of the Frontier to the global appeal of gangsta rap, from the 1970s panic over serial killers to the perception of the US as a criminally imperial power, a wide range of discourses testifies to the significance the category has assumed. This cultural productivity of crime begs a wide range of questions. For example, how has crime been represented in different literary genres? How does fiction impact definitions and perceptions of crime? Have new forms of technology altered the way crime is being represented?

Apart from such a literary/cultural studies angle, crime is also an immensely productive field in the social sciences, history, and law. Here, the complex nature of 'crime' becomes most apparent: It is at once a central, well-defined category of social interaction and a continually changing, fragile agreement. A number of questions arise: How have efforts at social control criminalized previously legal behavior? How has city development intersected with law enforcement efforts? In how far are advances in technology both an impediment to and an enabler of crime?

In that an interest in crime modifies more traditional interests in race, class, and gender, it can be utilized not only as an object of inquiry, but as an analytic category that opens up interdisciplinary dialogues. In this sense, crime becomes a critical lens through which core concepts of American studies, such as the body, the nation, the border, etc., can be reconfigured.

aspeers, the first and currently only graduate-level peer-reviewed journal for European American studies, invites fellow graduate students to reflect on these issues. Please note that the contributions we are looking for might address but are not limited to the topical parameters outlined above. We welcome term papers, excerpts from theses, or papers specifically written for the occasion by 1 November 2009.

Please check out our submission guidelines and an editorial timetable at www.aspeers.com/2010