This is, in some ways, a long way of saying: follow us on twitter. We're @americanstudies. You can keep in touch with our blog posts, get some bonus content, and join the happy 100 who are already experiencing the fun. Failing that, you can keep your eye on the twitter box in the sidebar.

But it's also an excuse to highlight some of the ways in which twitter is increasingly making its mark on popular culture - indeed, on lives. This is the week, after all, when, in 140 characters or less, Utah Attorney General Mark Shurtleff announced the execution of Ronnie Gardner and a South Korean man left a digital suicide note.

1. First, prolific and creative twitterer Roger Ebert (@ebertchicago) spent some time thinking about the unexpected ways in which the social network has impacted on his life. He writes:

I vowed I would never become a Twit. Now I have Tweeted nearly 10,000 Tweets. I said Twitter represented the end of civilization. It now represents a part of the civilization I live in [...] When you think about it, Twitter is something like a casual conversation among friends over dinner: Jokes, gossip, idle chatter, despair, philosophy, snark, outrage, news bulletins, mourning the dead, passing the time, remembering favorite lines, revealing yourself.

2. Second, Susan Orlean (@susanorlean), for the New Yorker (@newyorker), had a twitter experience which got her thinking about the future of book publishing:

I woke up thinking about Ron Hansen’s majestic, mournful book “The Assassination of Jesse James by the Coward Robert Ford.” The book had gotten into my head the way some songs do, repeating its rhythms and tones over and over. On a whim, I mentioned it on Twitter, added the searchable hashtag #booksthatchangedmyworld, and sat still for a moment. About three seconds later, the flood began—dozens and dozens of other people started listing books that had changed their worlds.

3. Third - and this is old news, but still interesting - the Library of Congress (@librarycongress) announced in April that it was going to become the repository of twitter's entire archive - everything tweeted, ever. The New York Times notes, "They contain more observations, recorded at the same times by more people, than ever preserved in any medium before."

Still a twitter naysayer? Or convinced of its utility and interest? Either way, let us know - here, or if you prefer, @americanstudies.
at 12:02 No comments:

News: BBC Americana in the Gulf 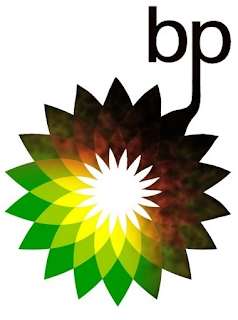 Looking for a quick and easy way to get up to speed with the oil spill in the Gulf of Mexico? This week's BBC Americana (always worth a listen) came from Louisiana:

From the inside of T-Pops coffee and bait shop in Golden Meadow, Louisiana Matt Frei talks with shop regulars who have family ties to fishing and oil about how they are making sense of the spill.
Joan Walsh, Editor in Chief of Salon.com, joins us to discuss the political impact of the oil continuing to gush into the Gulf of Mexico and how the United States may pursue its energy policy and upcoming national election campaigns.
And Pulitzer Prize winning author and southerner Rick Bragg shares his eulogy to the shoreline, a look at the view from Mobile Bay, Alabama.

Available on the iplayer, itunes, etc.
at 10:08 No comments: 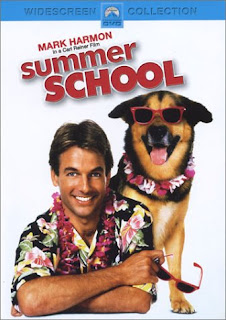 Increasingly, universities are opening up some of their banner courses for public consumption. Fancy studying the Civil War and Reconstruction with David Blight at Yale? Well, you can access everything you'll need here. If you want to watch his lectures online, go here. Alternatively, you can download the audio from itunes and enjoy it all on the move - and all for free. If that doesn't grab you, how about boning up on your literary theory or getting to grips with contemporary literature? Maybe you've got your own recommendations - leave us a comment.
at 08:32 No comments: 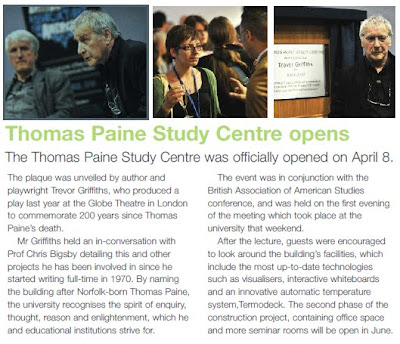 From this month's Broadview.
at 12:28 No comments: