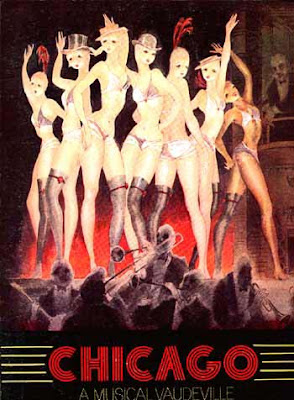 At this week's research seminar, Laura Pollard (University of East Anglia), will be talking about:
“How Can They See With Sequins in Their Eyes?”: Nostalgia, Celebrity and Showbusiness in Chicago (1975). 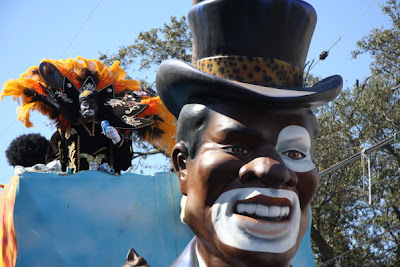 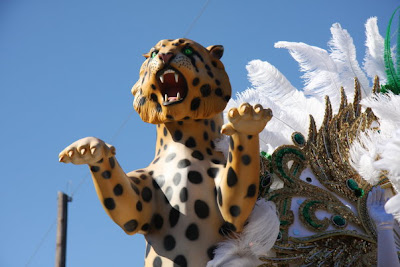 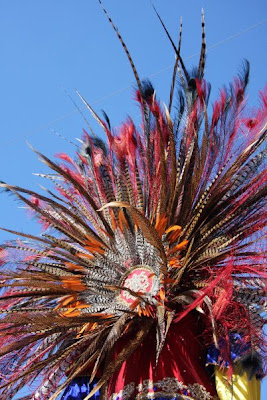 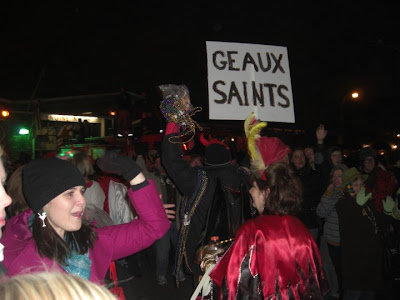 So THAT was Mardi Gras. During the week long extravaganza I lost my voice, dignity and about three whole days. New Orleans takes it’s partying seriously. Seriously enough to give the city days off work to watch gaudy floats roll by and allow the people to scream hysterically for bright beads and trinkets you normally couldn’t pay me to take home. The festival season this year started with a bang as the home football team, the Saints, won their first ever Super Bowl. Coupled with a landslide victory for Mitch Landrieu, voted in as a mayor who promises to usher in a new era of order and growth, the victory in Miami was lauded as an almost divine sign that this isn’t a sinking city.
When I first said I wanted to come to New Orleans most people were either worried for my safety or the future health of my liver. Others only knew the city as a place still devastated by hurricane Katrina with little or no culture left, if there was any there in the first place. I wanted an adventure, to challenge my middle class white girl sensibilities and to really see a place that had existed in my imagination for so long.
There are a few things that struck me initially and still continue to make me smile. Firstly, that there really is music everywhere. I lie in my bed and hear my neighbours practicing trumpet; walk down the street and a second line parade passes the block; step out of class and a three piece band is quietly jamming on the porch of the academic advising building. Secondly, that this is a place that refuses to take itself seriously and at the same time is deeply earnest in everything it does. This is probably one of the only places left in the world where tie-die is an acceptable form of clothing decoration, and where dancing in the street is not only enjoyed by all totally without inhibition, but non-participants are shunned and reviled as outsiders. Yet, at the same time, the externally flamboyant and effeminate Mardi Gras Indian practice of dressing in the most feathery, glittery, brightly-coloured suit possible, is a sign of the wearer’s complete masculine domination over those less gaudy and brilliant.
And this is the third thing: the deep seated love of the city and a tenacious clinging to the customs which made it, no matter how politically incorrect they seem to outsiders. On Mardi Gras morning I stumbled, blinking, out of a bar into the sunshine and crowds filling the pavements and neutral ground down St Charles avenue to watch the Zulu parade. This all black parade was started officially at the dawn of the 20th century. Its history reaches back into the era of slavery and the social aid and pleasure clubs which were essentially local insurance groups which aided black communities, families and individuals in times of crisis. The parade holds a long and proud tradition and has carried Louis Armstrong as king. However, it was still shocking to me to see African Americans decked out in grass skirts with painted black faces throwing coconuts. The Krewe faced near closure during the 60s when ‘black awareness’ jarred with the highly racialised images, but it clung on and today a Zulu coconut is one of the most prized possessions of the entire carnival period. I realized how much collective social memory can count towards the meaning of something. On the surface the ideas behind the parade seem racist and outdated but in reality the riders are acknowledging a deep history and embracing a past riddled with controversy rather than pretending it never happened. The historically white parades themselves are just plain strange, masked and cloaked, often on horseback, overwhelmingly linked to Grecian or Roman mythology. I was inevitably reminded of old footage of Klan members parading down streets. And don’t even get me started on the dubious relationship between the masked, middle aged ‘Rex’ of the Krewes and the sweet southern belle, never out of her twenties, who is presented to him as queen. And yet I screamed for beads.
A few streets away, past the huge St Charles mansions, in alleys where the waters of the broken levees lapped the walls for weeks, the Mardi Gras Indians were meeting. My friend and I jumped on our bikes and set off to find them. Here is a side of the city I never even knew existed before I arrived. The Indians have a strange and unclear history. Part embracing of the relationship between the bayou Native Americans and the escaped slaves, part utter fantasy, and part empowerment and embodiment of all Voodoo, Christian, African, European, American gumbo that makes this city, the Indian chiefs hold a power in the backstreets of the city that is untouched by law and Americanisation. In the stunning documentary ‘Tootie’s Last Suit’ by Lisa Katzman, the head of the Yellow Pocahontas, Tootie Montana, talks of the past Indian fights which were bloody and violent and how he enforced the ritual of the suit as power - the shared social memory of a past, embodied in the most elaborate and detailed beaded designs, made over 365 days, which determine essentially who is a man and who is not. Here in the quiet, sitting on the curb with a bowl of red beans and rice, I saw two chiefs meet; their various spyboys dance and signal and one great feathered head bows to another. I can’t say I fully understand it but somewhere between the frenzy of the external parade madness, and the solemn dignity of the Indian tribes, I think lies the secret of the big easy and evidence of a stronger current of culture than I really knew existed.
at 15:44 1 comment: 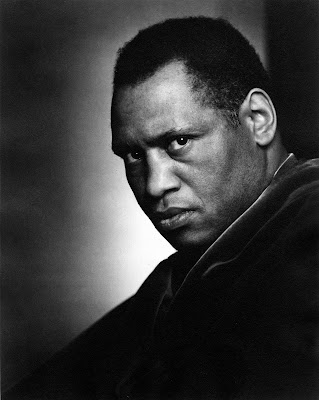 At this week's research seminar, Daniel Williams (Swansea University), author of the forthcoming Transatlantic Exchange: African Americans and the Welsh 1845 – 1945 (University of Wales Press), will be talking about: "Paul Robeson, Jazz and the Cold War." 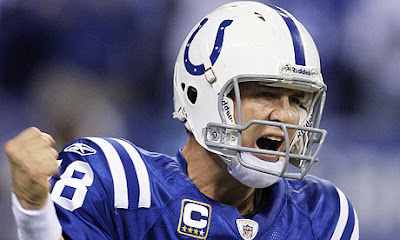 Super Bowl 2010 has arrived, and the New Orleans Saints face off against the Indianapolis Colts later today in Miami. For the first time, the BBC is screening it live - 10.55pm on BBC1. So how are things shaping up? 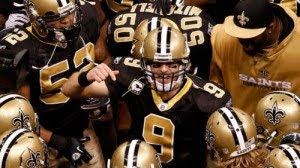 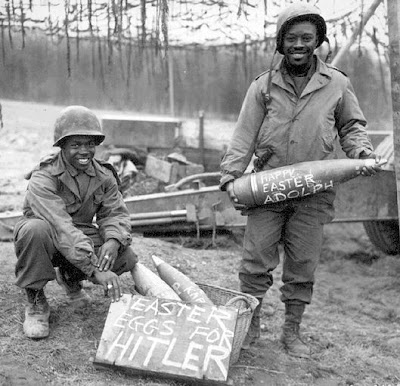 At this week's Research Seminar, Geoffrey Morgan will be talking about "Black American G.I.s in WW2 Britain". 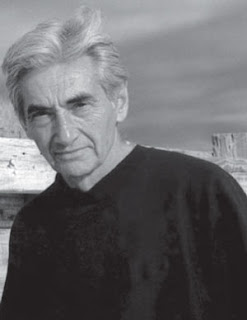 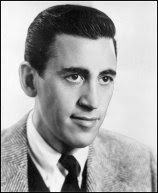 R.I.P J. D. Salinger. The New Yorker leads the tributes, gathering encomiums and remembrances from, amongst many others, Dave Eggers, Wes Anderson and Lillian Ross. But maybe The Onion said it best:

In this big dramatic production that didn't do anyone any good (and was pretty embarrassing, really, if you think about it), thousands upon thousands of phonies across the country mourned the death of author J.D. Salinger, who was 91 years old for crying out loud.