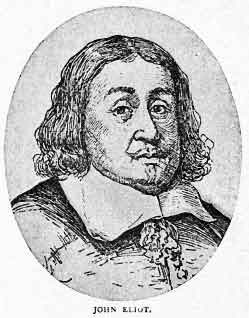 At this week's research seminar, Kathryn Napier Gray (University of Plymouth) will be talking about: “From First Fruits to Dying Speeches: John Eliot, praying Indians and performances of faith in 17th- century New England.” 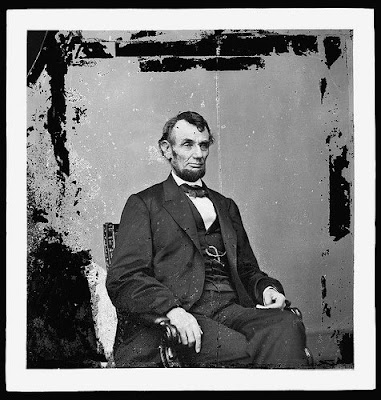 Tomorrow marks the 200th anniversary of the birth of Abraham Lincoln. The event is being marked in a variety of ways and has given rise to a new interest in Lincoln, man and myth. Here's a selection of links - feel free to share your own in the comments.
at 08:48 No comments: 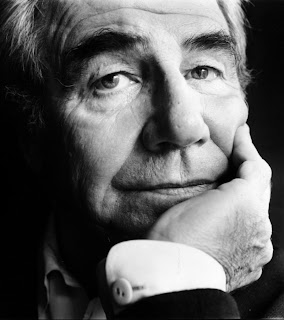 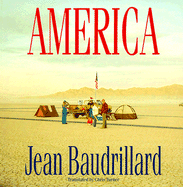 In the first of a new series of Letters from America, AMS Student Rachel Archer details her experiences in New York. Rachel is currently studying at Goucher College. 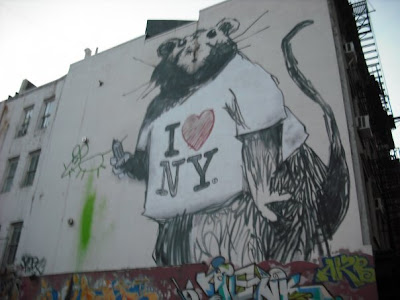 This Christmas, rather than go back to Blighty, I decided to spend it in New York. I arrived fairly late on a Friday night, and was met by my good friend from Goucher College, Rachel, at Penn. Station. Rachel is a native of Brooklyn, but we spent the best part of that first night in New York being dragged around Irish bars in Chelsea by some of our Goucher friends. The moment I stepped out into the streets of New York I was completely blown away. I am from London myself and assumed that once you have seen one big city you have seen them all- false. New York is like no other place, it is literally the most amount of hustle and bustle you can ever imagine and I personally loved it!

I spent the first few days staying with Rachel in a cute little neighborhood of Brooklyn called Flatbush. Flatbush is a very ethnically diverse area, and it reminded me a bit of my own home borough in London, called Newham. You get a real feeling of community in these smaller Brooklyn neighborhoods, with all different people from all around the world. We traveled around the various areas in Brooklyn to meet up with her friends, including Bushwick, which was once one of the poorest areas. I walked past the project that Jay-Z grew up in. However, it is now what Americans call a “hipster” neighborhood, and we went to a party at her friend’s loft apartment. The next day we went to Brooklyn Heights, which has always been quite the trendy area in Brooklyn. The streets are lined with the most beautiful Brown Stone houses and it is there that you can get the famous view of the Manhattan Skyline. Unfortunately it was very very cold that night so my pictures are rather blurry since I was shaking as I took them. The day after we went to Williamsburg, this has again gone from being a very blue-collar area to a very fashionable (and in turn expensive) place to reside. Our main reason for going there, though, was to visit the world famous thrift store “Beacon’s Closet ” which was full of old designer wear, pretty cheap.

After a few days of Brooklyn I went over the Brooklyn Bridge, back to Manhattan, to meet up with fellow UEA student Michael Fincham. We booked into our hostel in Chelsea then hit the Manhattan bars. After a couple of watery American beers we took a walk down to Times Square. I had seen it a few years ago, but it was Michael’s first time. I will never forget the look on his face as he looked up at the most amount of advertising in one small space. There is literally NOTHING that does not have an advert on it. The economic crisis has not seemed to have hit Time Square just yet. Personally I think Times Square is modern day Babylon BUT it is pretty impressive.

Christmas was now fast approaching and New York was magical! We spent Christmas eve walking 60 blocks uptown. We saw the Empire State building (which due to my very irrational fear of heights we did not go up), Rockefellers and marched up to Central Park, which was snow covered and beautiful! The next few days were a whirlwind of Manhattan fun. One of the best things I saw was Wall Street, which in this current climate has a real panic stricken feeling about it. Everything from China Town to Battery Park, to the Statue of Liberty, to the Museum of Modern Art (which by the way, is free after 4pm on a Friday), to the Brown Stones, to the Village, impressed me. I did not see everything, and next time I go I want to see Harlem and the Brooklyn Museum of Art. But with its close proximity to Baltimore and my various friends that live there, I can see a fair few visits coming up. 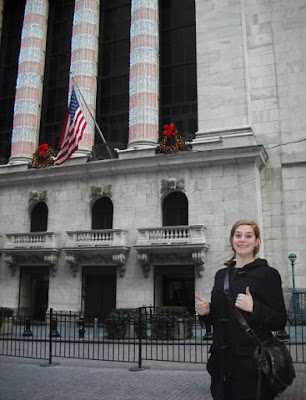 Email ThisBlogThis!Share to TwitterShare to FacebookShare to Pinterest
Labels: ams, letter from america 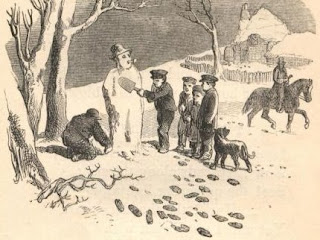 Today's research seminar has been cancelled because of the adverse weather conditions. Fear not: it will be rescheduled.
at 09:47 No comments: 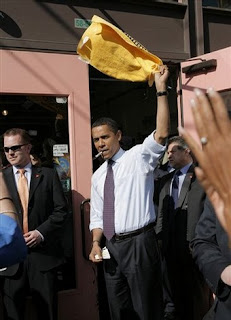 It's time for Super Bowl 43: the Arizona Cardinals face off against the Pittsburgh Steelers at about 11.30pm UK time. USA Today outlines "Why the Steelers Will Win," whilst the Hartford-Courant lets the Cardinals know how they can bring home the Vince Lombardi Trophy. But the Super Bowl is not immune from its context: the economic climate means that the Super Bowl party circuit has been hit hard, and advertising revenues are down. Bruce Springsteen is providing the half-time entertainment, a choice that also feels in keeping with the spirit of the times. And President Obama? He's hosting a non-partisan Super Bowl party, but he's already declared his allegiance to the Steelers: "I am a longtime Steeler's fan. Mr. Rooney, the owner, was just an extraordinary supporter during the campaign. I wish the best to the Cardinals. They've been long-suffering. It's a great Cinderella story, but other than the Bears, the Steelers are probably the team that's closest to my heart." Left, you can see him waving one of the Steelers' iconic Terrible Towels.
at 08:50 No comments: