The tradition of the literary epic[1] extends as far back as the literary tradition itself. From Homer’s Odyssey to Joyce’s Ulysses the extended, meditative, and highly allusive fictional form is present in some of the greatest canonical works of Western literature. The postmodern era, however, marked a different epoch for the epic.[2] It was, as David Foster Wallace has remarked, ‘the first generation of writers that had actually read a lot of criticism.’[3]

Let’s then take, as examples, three Ascapartic tomes from the past century, each roughly two decades apart and each fearsomely erudite: The Recognitions by William Gaddis, Gravity’s Rainbow by Thomas Pynchon, and Infinite Jest by David Foster Wallace. What makes these postmodern epics so distinctive is their commitment to allusiveness. Postmodern epics do not allude merely to elucidate certain themes, or establish themselves in the literary canon, or to show off, although all of these are certainly factors. Rather, the allusions comprise the very fabric of the text, somehow inextricable, as though the authors are not so much deploying their erudition as being bound by it and forced to recombine iterations and permutations of intertextuality.

Such is the argument that The Recognitions adduces. The plot revolves around the counterfeiting of paintings (usually Dutch masters), and the intrinsic value of these copies, which are always artfully damaged to indicate their previously unknown existence. The counterfeits are presented as being somehow more true to the spirit of the original, as their unfinished states are able to imply[4] perfection that is otherwise unattainable. Thus we get the idea of the simulacrum even before Baudrillard wrote about it.[5] In fact, the counterfeiting is more of an allusion to Kant’s noumenon, the posited state of perfection independent of the senses that is somehow referred to only by aperçus. The allusion is deprived of its original Enlightenment referent, and instead coupled to a vapid New York society obsessed with who’s in, who’s out, who’s who, and who’s in whom. And who’s gay. (The novel’s gay icon is a woman called Agnes Deigh; postmodernists tend to have a thing for silly and/or sophomoric names, viz. Recktall Brown in Recognitions, a Mr ‘Touchy’ Phiely in Infinite Jest, and as for Pynchon take your pick.) So image is everything and anything is ripe for reference (or plagiarism, the distinction is somewhat lost on the characters at one time or another). And as one editor informs a budding playwright, ‘“You just take the words and string them around a little different”’, ignoring the flustered response, ‘“But words… words they have to have a meaning (Gaddis 350).”’

Words, as Derrida informs us, do have a meaning, but that meaning pays no heed to anything outside of the text. Words themselves have their own discrete logic, and political, historical, or even scientific contexts cannot provide a telos – a signifying anchor for them. Or, to put it another way, words rely on other words to have meaning, which words then rely on further words, and the whole thing quickly becomes synapse-frazzlingly convoluted; the proposition that language is ferociously untameable is the post-structuralist sine qua non. This instability of structuring agents parallels the fall of V2 rockets upon WWII era London in Gravity’s Rainbow, and it does so in the sense that, just as no definitive interpretation can be imposed open the fluidity of language, it is impossible to make any psychically palliative predictions about possible death from rocket impact. As far as rockets are concerned, ‘Everyone’s equal. Same chances of getting hit. Equal in the eyes of the rocket (Pynchon 66).’ And if rockets weren’t phallic enough already, Pynchon runs with the idea that Tyrone Slothrop’s (q.v. silly names discussion supra) erections are somehow linked Pavlovianly to their (the rockets’) impact.

Attempting to forge connections between signifiers is a primary concern in Gravity’s Rainbow, and it fails for the same reason that Structuralism was rewritten: meaning can’t just be generated from difference along neat binaries like light/dark.[6] For Pynchon, the V-2 rocket becomes a ‘text [that] is theirs to permute and combine into new revelations, always unfolding… (Pynchon 862).’ So the novel concludes with its plot fragmented like the casing of a rocket[7] and is not really plot any longer, at least not plot qua plot: there is no theme save for what can be discerned by (re)combining the narrative elements provided; it pushes allusion and self-reflexivity to stratospheric levels, as the narrative involutes and refers to its self-reference.

Infinite Jest by David Foster Wallace performs a similar trick, but the self-commentary is supplied by copious endnotes that intertwine, like a double helix, with the novel’s polyphonic narration. (The endnotes, incidentally, are called ‘Notes and Errata’, though arcana is more apt as Wallace delineates the precise pharmacological properties of, e.g., ‘Tenuate… the trade name of diethylpropion hydrochloride, Marion Merrell Dow Pharmaceuticals, technically a prescription antiobesity agent, favored by some athletes for its mildly euphoric and resources-rallying properties… (Wallace 983).’ And this representative sample comes from a footnote to the original endnote; the DNA helix analogy barely does this justice, though at least it’s in the same semantic field as Wallace’s preternatural facility for argot.) As often as not the endnotes eschew any pretence of elucidating a particularly recondite reference – to Cantorian set theory, say – and even sometimes function as discrete chapters viz. notes 269 and 304.[8] Yet Jest’s style presciently foreshadows how information gathering functions in the Google/Wikipedia age: distractions from a topic are no inconvenience – merely click the back button on the internet browser and extricate yourself from whatever hypertextual warren you find yourself in. This proves rather more difficult when reading a 1079 page paperback (two bookmarks really are required); and while the minutiae of drugs and tennis are obsessively chronicled and over-determined the novel ends without apparent resolution. Yet infinity can have neither an end nor a beginning. Allusion in Infinite Jest is linked to its depiction of culture: endless proliferating and lethally addictive. And when something is self-reflexive and deconstructs itself, what are allusions for if not to keep a reader occupied while this deconstruction happens? After all, for a fellow of infinite jest the combinations of text are limitless.

[1] It’s reasonable to ask exactly what constitutes an epic in this instance. The distinction should be made between Epic (i.e. epic poetry) and epic (what this piece discusses). In addition, epic in this usage requires not just length, but breadth, i.e. its scope, and the number of subjects tackled, should be impressively ambitious. Quite who is impressed is naturally subjective. It is also fair to say that, generally, the authors of these opuses are male, perhaps convinced that size does matter, as well as what you do with it.

[2] It’s pretty much over as far as I can tell, although the intellectual ideas undoubtedly remain incredibly influential.

[4] As opposed to inhere – playing with the concept of signification is pretty quintessentially postmodern.

[5] Though Baudrillard did it with added Marxism.

[6] i.e. light is understood as such because it is not darkness.

[7] Though, arguably, just “sound and fury, signifying nothing.”

[8] For those readers whose curiosity is piqued, note 304 provides background to the novel’s Quebeçois separatist subplot, and, most terrifyingly of all, features a satire of hyper-academic prose, of which pleonastic and prolix barely do adjectival justice. 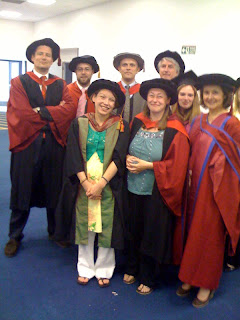 We're interrupting our summer hiatus to highlight the Indigenous Bodies conference being hosted by the Native Studies Research Network at the UEA, July 8 - July 10 2009. The conference will boast 63 delegates from four continents, and feature Mick Gidley, Carter Revard, Debbie Reese as speakers. Here's the official blurb:

This international interdisciplinary conference will interrogate wide ranging presentations and representations of indigenous bodies by both Natives and non-Natives, in historical and contemporary contexts. The conference is particularly concerned with the native body as a site of persistent fascination, colonial oppression, and indigenous agency, and the endurance of these legacies within native communities.

More information can be found on the AMS site, here.