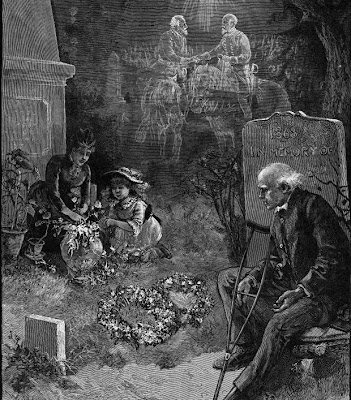 It's Memorial Day in America, a day of remembrance for fallen soldiers that always has greater significance at a time of war. Memorial Day used to be known as Decoration Day, which had its roots in General John A. Logan's General Order 11, which must rank as one of the most unusual military documents ever released:

"The 30th day of May, 1868, is designated for the purpose of strewing with flowers or otherwise decorating the graves of comrades who died in defense of their country during the late rebellion, and whose bodies now lie in almost every city, village, and hamlet churchyard in the land."

You can read the rest of the order here. Since that time, Memorial Day has changed a little in its meaning, and has become a time for family reunions and more general remembrance. Here's a media round-up:
at 18:09