Election News: Is The End in Sight? 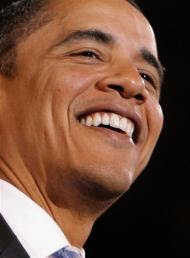 After all the weeks of campaigning, it looks like things are finally reaching a conclusion in the Democratic race to the White House - almost without warning. Despite Barack Obama's apparent loss of momentum in the last few weeks, his victory in North Carolina and very narrow defeat in Indiana means that his lead is essentially insurmountable. For now, Hillary Clinton has pledged to carry on. But exactly how long that will last is very debatable. The writing is on the wall, and in the papers...