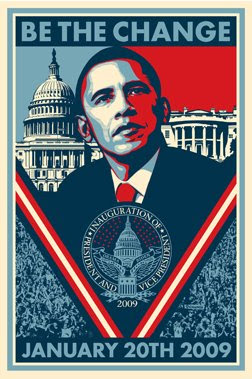 We waited until the second post of the year to mention the "O" word, but it doesn't look like Obama-mania is going anywhere fast. Above, you can see his official inauguration poster (as reported by the Huffington Post) which goes on sale tomorrow. Get it while you can. Inauguration buzz is widespread and only set to grow: Wired gives details of the presidential limosuine (5 inch windows, no less) whilst GoogleWatch reports on Google / Youtube's plans for an inauguration party. More crucial updates as they emerge. 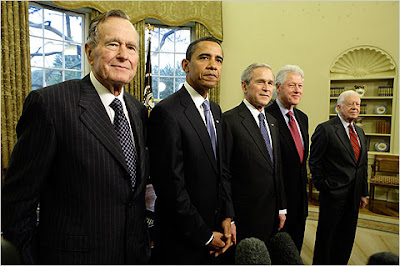