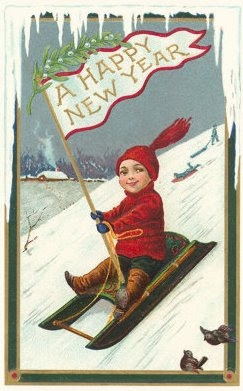 Happy New Year to all our readers - and to begin the semester in provocative fashion, two "endings" from this month's Atlantic Monthly:

First, Michael Hirschorn's "End Times" writes the obituary for the print edition of the New York Times - and, by association, all print journalism. And it might be coming sooner than you'd imagined:

But what if the old media dies much more quickly? What if a hurricane comes along and obliterates the dunes entirely? Specifically, what if The New York Times goes out of business—like, this May? It’s certainly plausible.

As a purely demographic matter, then, the “white America” that Lothrop Stoddard believed in so fervently may cease to exist in 2040, 2050, or 2060, or later still. But where the culture is concerned, it’s already all but finished. Instead of the long-standing model of assimilation toward a common center, the culture is being remade in the image of white America’s multiethnic, multicolored heirs.