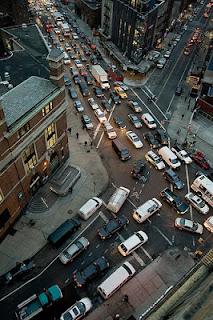 A recent article by Themis Chronopoulos has been cited on the influential transportation and urban development network World Streets: The Politics of Transport in Cities. Themis' article titled 'Congestion Pricing: The Political Viability of a Neoliberal Spatial Mobility Proposal in London, Stockholm and New York City' was published last year in Urban Research and Practice. This comparative study discussed how congestion pricing has been constructed as a neoliberal urban proposal, designed to reduce traffic levels in particular areas by pricing out certain drivers.
at 17:57