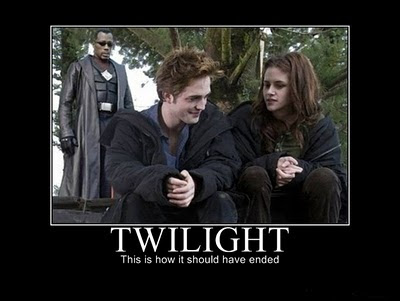 
Before I get started, I have spent days thinking over possible topics and finally made the decision whilst watching True Blood in my pyjamas and trying not to look at the stack of reading on my desk.  Over these past few weeks it has seemed impossible to escape the media frenzy over the most recent Twilight offering, Robert Pattinson and Kristen Stewart are plastered everywhere you look and it doesn’t seem like their teenage fan base will be running out of enthusiasm any time soon. Breaking Dawn: Part One took almost $140 million in its opening weekend in the US and the enduring fascination with the vampire seems to have exploded with the genre of ‘paranormal romance.’  Twilight is not alone in exploiting this new fashion, with a number of American television shows, films and books featuring the vampire as both villain and romantic hero.  Whilst True Blood and Anne Rice’s vampire novels remain my personal favourites, other examples include books by L. J. Smith and L. K. Hamilton, the Underworld films, and television shows like The Vampire Diaries.


Not being an expert on vampires, you might have to excuse me for sticking with the basics.  Supernatural author Colson Whitehead takes issue with identifying static meanings in the figure of the vampire, arguing that “our monsters are multi-valent and ever-changing.”  The flexibility he points to is perhaps part of their appeal, because as much as there is a set of conventions (I love the one about having to be invited in!) there is the capacity for a lot of variety.  Rather than being constant figures, the evolution of the vampire reflects the changing concerns of society, “The times make their monsters.” Bram Stoker’s Dracula was written at the same time as a boom in the use of cocaine and heroin in the nineteenth century, whereas the rise of AIDS in the twentieth prompted a series of vampires that were “intelligent, glamorous and doomed.”  People seem in agreement, however, that there has been a “frisson of sexual deviance” in the vampire from its first appearance in John Polidori’s The Vampyre and I’m going to make a wild guess that fear of death is suggested in the vampire’s timeless immortality.

What seems to be new about the vampire of today is how incredibly normal they are.  Much of the criticism directed at Twilight is that the vampire has been transformed from a bloodthirsty killer in to an awkward high school student who sparkles in sunlight.  In an article written for Esquire, Stephen Marche argues that this reflects a new acceptance of sexual deviance and the ‘freak’ in American society.  This “quiet sexual revolution” has made abnormal/deviant sex increasingly normal.  His article focuses on connections between vampirism and homosexuality in True Blood which makes a lot of sense (I am thinking of the ‘God Hates Fangs’ sign in the opening credits).  Most interestingly, he argues that the current trend for male vampires as romantic leads is an indicator that many straight young women would like to have sex with gay men.  He loses me a bit here, mainly in his suggestion that Edward Cullen represents gay men (because he’s partially repulsed by Bella? Sparkly?! What are you saying Mr Marche?!).

As much as Colson Whitehead suggests that trying to pin down what a vampire means can be difficult, it certainly opens some interesting discussions (I would love to see Stephanie Meyer’s response to Stephen Marche’s interpretation of Edward Cullen!).  I wonder if this current trend for vampires will last, what it is about them that keeps today’s society hooked, and what monster could be coming next...
at 11:25