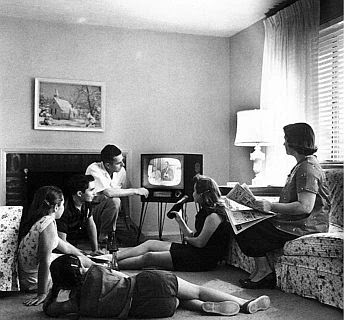 If you are interested in how the world got into the economic mess it is in, courtesy of the 2008 banking crisis, then the Academy Award-winning documentary INSIDE JOB (2010) is a good place to start. This sounds boring but isn't. The story of the corruption of America's financial system is relevant to everyone as workers are laid off in China, the Greek economy goes down the sink, people here can't get mortgages and university fees are tripled. It is an account of investment bankers creating a system that would destroy major corporations but leave them rich and unaccountable while millions faced losing their homes and jobs. It also, alas, explains that President Obama has left the same people in charge of the American economy, appointing major federal officials from the very companies the government failed to regulate under Clinton and Bush. Since those companies depended on no one understanding the products they created, this film's demystifying is vital.

If you want to know about a natural disaster precipitated by engineering failures and then compounded by political ineptitude and disregard then see Spike Lee's WHEN THE LEVEES BROKE. Like INSIDE JOB, and everything else I list, this is readily available on dvd. This is an account of Hurricane Katrina and what it did to New Orleans. It is also the story of a massive failure by local and federal agencies and of President George W Bush's inability, to say the least, to grasp the significance of what had happened. The film consists of the stories of those who were there, who watched a city die twice, killed once by nature and once by incompetence on an industrial scale. It includes film of the floods as they developed and moving interviews with those involved. For a fictional account of post-Katrina see TREME, a television series by David Simon and Ed Burns, the two people responsible for probably the best television series in the last decade -- THE WIRE, set in inner city Baltimore. Though this is about cops and drug dealers, in fact it becomes a study of all aspects of inner city America. Both this, and an earlier crime series -- HOMICIDE: LIFE ON THE STREET -- began as books and I can highly recommend these. The first, by Simon, is called HOMICIDE: A YEAR ON THE KILLING STREETS. The second, by Simon and Burns, is called THE CORNER, and led to a mini-series with the same name which in turn gave way to THE WIRE.

Incidentally, if you are interested in the war in Iraq, and how could you not be, Simon was also responsible for GENERATION KILL, based on the book by Evan Wright. This seven-part mini-series (451 minutes) follows the marines of the First Recon Battallion who spearheaded the attack on Iraq in 2003. This is decidedly not THE GREEN BERETS.

Another series explores a post 9/11 world by displacing this into space. BATTLESTAR GALACTICA (not to be confused with an original series from 1978) is a brilliant science fiction series which, while compelling as an adventure series also explores serious aspects of a threatened society, including the use of torture, the tension between civilian and military justice, and terrorism. Highly recommended. A subsequent series -- CAPRICA -- sets out to show the origin of the fight between human beings and machines (Cylons). It is set fifty-eight years before the action of BATTLESTAR GALACTICA and is, I regret to say, disappointing.

And if you missed it, THE WEST WING tells you more about American government than you will get from any other television film or drama. Brilliantly written by Aaron Sorkin (albeit in the first season writing under the influence of cocaine -- he was arrested), it commanded some of the best performances you will see from Martin Sheen, Rob Lowe, Richard Schiff, Bradley Whitford and Stockard Channing.

Meanwhile, if you have any hours left and want to know about small town America -- specifically small Texas town Ameirca -- and the role of football, try FRIDAY NIGHT LIGHTS, starring Billy Bob Thornton. This subsequently became a television series which begins well but begins to slide into GLEE without the music.
at 09:49

All great recommendations - but that description of Friday Night Lights is brutal! FNL is one of the best TV series of the last few years (and, as this post highlights, it's a strong field). Maybe this article will change your mind.