Our next blog post is from student Jasmine on their essay about The REDress project and violence against indigenous women in Canada: 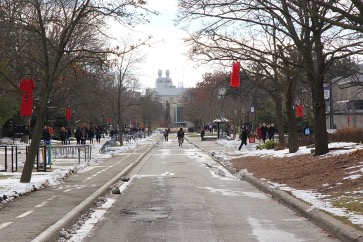 Figure 1: A picture of the REDress Project at Western University in 2018.

From August 2018 to April 2019 I went on a year abroad at the University of Western Ontario in Canada. It is here where I was first introduced to the topic of the missing and murdered Indigenous women through the REDress Project. The REDress Project was created by Metis artist Jaime Black in 2010 to draw attention to “the gendered and racialized nature of violent crimes against Aboriginal women and to evoke a presence through the marking of absence.” However, although I was there is witness it in Ontario, the Project has appeared at numerous university campuses across North America.

According to a 2014 Royal Canadian Mounted Police (RCMP) report, between 1980 and 2012 over 1000 cases have been reported of missing and murdered Indigenous women. However, despite them being far more likely to be victims of violence, little has been done to address the systemic issues which continue to lead to it and which are often used to justify it, such as the effects of colonialism, poverty and subsequent drug use. The dresses, then, aim to mark visible what Canadian institutions have deemed invisible. It is the hope that through these dresses, awareness is brought to the missing and murdered in a way that separates them from prevailing stereotypes.

What is really interesting though is why they have seen such popularity on university campuses as opposed to more traditional locations of art installations. Natalie Marie Lesco discussed her experiences when the REDress project came to St Francis Xavier University in Nova Scotia, suggesting that because Indigenous voices have tended to be excluded from Canadian history, holding the project at an academic institution “both indirectly and directly challenges the one-sided story of history” that is frequently taught. Although the institutions mentioned above tend to relate to the Government of Canada, the police force and the media, what is interesting about the REDress project is that it recognises universities as exclusive and traditionally colonial institutions and has the effect of addressing awareness and education at the root.

As a purely visual installation, it could and has been suggested that the project alone lacks the ability to facilitate further education. While some may feel encouraged to take initiative and conduct their own research, the project may leave others asking, ‘What next?’ This is why I think that the placement on university campuses is so significant; they reflect a place of education, a place where open discussion tends to be encouraged and appreciated. And when you look at the responses from students, this is apparent. One Indigenous student at the University of Calgary, Sandra Manyfeathers, detailed how she had been personally effected by violence towards Indigenous women, stating that “When I see a red dress, I think of the woman that could have been wearing it. I think of my sisters.” She sees the REDress project as “a step towards making Canada a better place” and as I sit here doing my own research, I can’t help but agree.