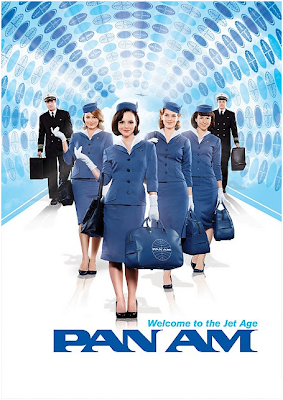 An obsession with film and television can be a terrible hindrance to essay-writing. Spending hours upon hours a day telling yourself you will start just as soon as you have caught up on Have I Got News For You and QI, but then you remember you forgot to watch Happy Endings and Glee from Thursday and how much work can you really be expected to do in the few minutes it takes to download? May as well put the kettle on and get all perked up so you’re ready to power on in an hour or two. Then you can properly focus. But wait, when does Harry Hill start? And you need to cook dinner too. Oh well, you’re free tomorrow, if you just catch up on Pan Am during breakfast and then crack on with essays in the afternoon before The X Factor Results.


However, not everyone builds a schedule around their three TVs, two DVD players, 300 films, 80 television series, BBC iPlayer, ITV Player, 4oD, Sky Go, and YouTube. So for those of you with friends and/or an interest in passing your degree, here is a handy summary of some of the best of America in Britain this year.

The BBC rarely spends money on such things, but they have obviously taken a liking to American 1960s-based dramas. Following Mad Men, they have now brought Pan Am (pictured above) to the UK. This welcome return for Christina Ricci follows the pilots and cabin crew of an American Airline and it is surprisingly compelling, although the setting is really just a vehicle (literally) for glamorous locations. The show looks like a stylish 45 minute airline commercial but it’s actually about American foreign affairs as much as anything else – one character is recruited as a CIA courier  and another is a colossal JFK fan. Episodes 5 & 6 are on the iPlayer, but it’s better to watch from the start on your favourite and totally legal internet sites (Editor's note: sorry to break the news Liam, but it might be cancelled).

Another period drama that I wish I had persevered with is Boardwalk Empire, currently on its second season on Sky Atlantic. Steve Buscemi reprises his Golden Globe winning role as Nucky, a crooked politician running an illegal bootlegging business in Atlantic City during the prohibition. Fantastic show so buy the DVDs on 9th January. 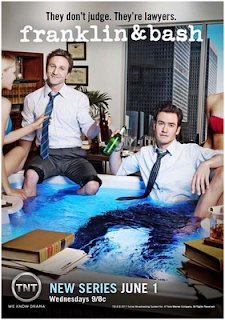 Two new shows that recently aired are Franklin & Bash (left) and The Borgias on E4 and Sky Atlantic respectively. One stars Zach from Saved by the Bell as a cocky young lawyer in a stuffy law firm, and the other is Jeremy Irons’ best role since The Lion King. But if it’s comedy you want, look no further than E4. Thursday nights includes The Big Bang Theory, How I Met Your Mother, and brand new sitcom Happy Endings. It’s a veritable chucklefest.

Please do not use the increasingly shoddy Glee to make rash assumptions about the quality of American television because there is some great stuff out at the moment, and new channels such as Sky Atlantic are bringing a lot of HBO shows to England just days after they air in the States. There are many more to talk about, but I am just one man and any more TV in my life will sever the few remaining ties I have with the outside world.
at 14:04

Liam, you might be excited to know - I certainly am - that David Milch (Deadwood, etc) is set to adapt William Faulkner's novels for HBO sometime soon. More here.

Pan Am may not be cancelled. One of the cast made a comment that it was and retracted it, but ABC have not confirmed anything except that the first season will be finished. A second season is unlikely.

And it's safe to assume anything made by HBO will be great, so that's good news.

I can hardly wait to hear actors butcher pronunciation of Yoknapatawpha County.