In the first of a series of posts from our current Year Abroad students, Ainsley Bowmer blogs about his time at the University of Western Ontario in Canada. A must read for any American Studies students planning to head abroad next academic year...

For my year abroad I decided to take the split year option, which I believed would give me the opportunity to further my travels and see and do as much as possible whilst away for the year. I am currently in my second semester at the University of Hong Kong.

My first semester was spent at the University of Western Ontario in London, Canada.

As a stereotypical Brit I’m going to start by talking about the weather.  To my surprise, Canada does actually get quite hot during the summer. We had temperatures in the 20’s well into October and even had one day hit 35c in September. But when the cold does arrive, it’s brutal and it doesn’t go away. Throughout November and December we had tons of snow and the temperature went as low as -25c. You do have to prepare for just how cold it does get but unlike the U.K, you’ll find that everything keeps running as normal in Canada. The buses are on time and no one slows down to 5mph on the roads. 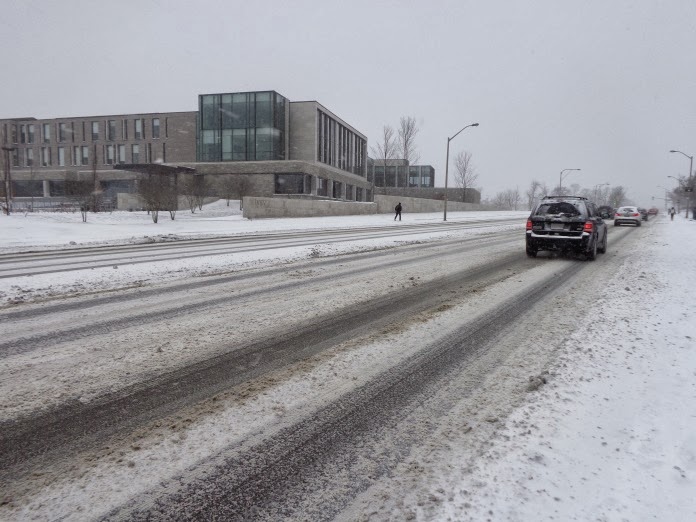 Western organizes a week’s worth of orientation activities just for exchange students the week before classes start and the Canadians arrive. My advice would be to go to as many of these as possible as they really do help you to meet the other exchange students from around the world. The official ‘freshers’ is called O-week and was my first experience of how different things were from UEA. O-week at Western is on a ‘dry campus’ basis, which means that none of the events revolve around drinking and they mostly take place during the day. There were a lot of talks on how not to start fires in residence and respecting others. I found that a lot of the material in the talks were basic things that everyone should have known already so going to just one of them should be more than enough. Looking back I probably wouldn’t purchase the O-Week pass again as at $83 it was overpriced for the quality of the events that are offered. A freshman opening ceremony was the highlight but there was nothing else that stuck in the memory. I instead took the opportunity to get to know the other exchange students better and we created our own ‘freshers’ week and went to the various bars and clubs around London.

Western itself is a picturesque campus and whilst it is large, I found my way around quite quickly. The UCC is the main hub of the campus and includes a number of eateries and a Starbucks but the main attraction for me was the fact that there is a cinema! UWO film plays two movies a night for $5 about a month after they have been on general release, so there is always something to do if you are bored one evening.
Whilst there isn’t a club on campus there is a bar called ‘The Spoke’ in the UCC. Every Wednesday a local legend called Rick McGhee preforms various songs to a huge crowd of students. The bar is always packed and it’s always a lot of fun, especially when the crowd sings along.

I lived on campus in London Hall, which is where the vast majority of exchange students stay whilst at Western. I would highly recommend staying in London Hall as even though it is expensive, the rooms are large and living with a mixture of exchange students and Canadians allows you a better opportunity to meet more people. You are put into 3 person suites, you share a kitchen/living space and bathroom but the bedrooms are private. I lived with two Canadians who became good friends of mine during my stay and I ended up knowing pretty much everyone on my floor. 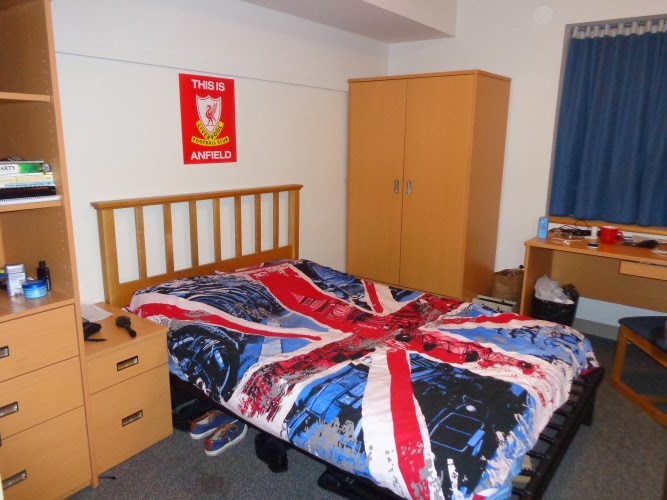 One of the most memorable times I had at Western was a day called Homecoming, which is when various events take place around campus and alumni return to the school. What actually happens is that pretty much every single student in the city dresses in purple (the school colour) and the vast majority drink throughout the entire day. One of the main off campus student streets is closed by the police for a big party. It was unlike anything I’d ever seen as everyone opens up their houses for people to come in and there were at least a few thousand students all in purple on this one street. Whilst drinking is a large part of the day it is not compulsory if you’d rather stay sober. The university had a purple pancake breakfast and other events if anyone didn’t want to join the party. Whilst it is just an excuse for a giant party I really got a sense of how big a part that school spirit has for students at Western. Whilst we do have Derby day at UEA it is nothing at all like Homecoming and it was a welcome change to experience a large scale event with people who were happy and proud of their school. 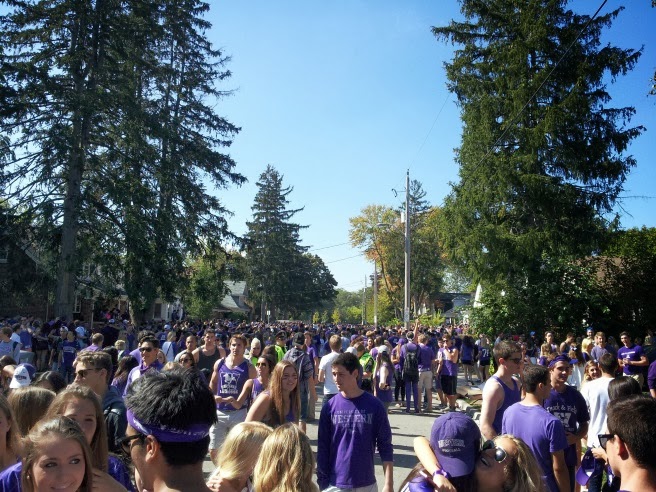 I found Canadians to be in general, amongst the friendliest people I’ve ever met. People will go out of their way to help you and everyone is extremely polite. Also, don’t be surprised if you are gawked at the first time someone realises that you are British, everything you’ve heard about them liking the accent is true, they love it. Whilst I got to know a lot of Canadians during my time at Western my experience would have been entirely different had it not been for the great group of exchange students I got to know and become friends with. Moving to a new school in an entirely different country may seem daunting at first but luckily I got to know people from pretty much my first day. My advice would be to not worry about it and just go out and enjoy yourself. Don’t worry if you don’t click with people straight away because there are an enormous amount of opportunities to meet people whilst you are here.

Perhaps the best thing about studying abroad is the travelling options it presents you with whilst you’re away. I went to New York, Washington, L.A, Vegas and San Francisco before starting my semester. The University organised an exchange student trip to Niagara Falls in the first few weeks which was another good opportunity to get to know everybody. A small group of us spent the weekend in Toronto and I know that other exchange students travelled to places like Ottawa and Montreal. Staying in Canada allowed me to take trips that would have been far too expensive if I was in the U.K. I went to Florida for Christmas (a 50 degree temperature swing in the space of a day) and spent New Year’s in New York City. I saw the ball drop in Times Square with other exchange students, which was something I have always wanted to do. The flights were inexpensive and you can even take an overnight bus to get to NYC from Toronto. 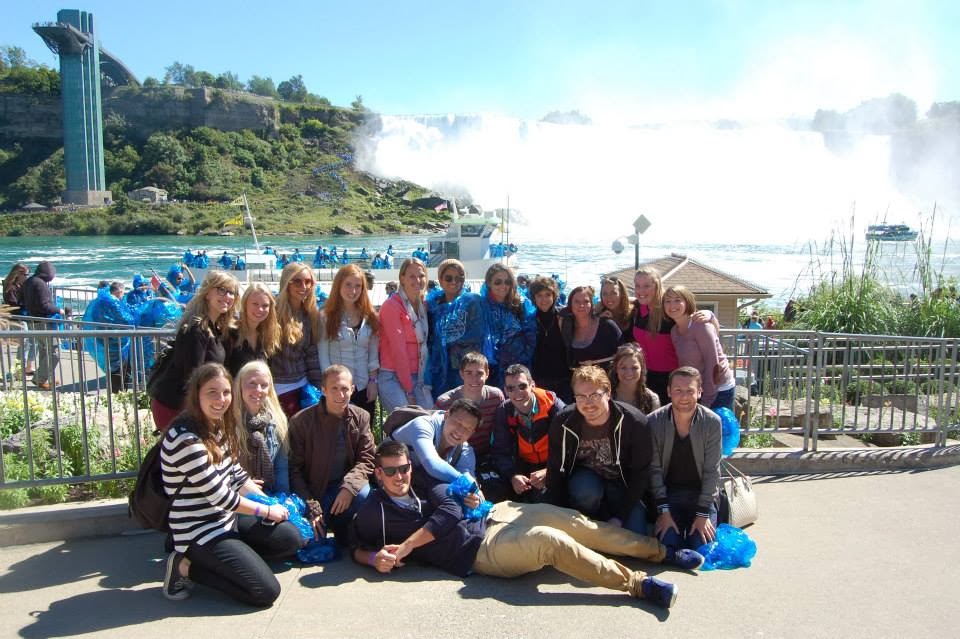 It’s a cliché but my time at Western really was the best few months of my life. It’s a great school full of friendly people not just from Canada but from all over the world. I made some great friends, saw new places and just generally had a lot of fun. The only bad part was that my time there had to come to an end. I can’t recommend Western and Canada enough if you are planning your year abroad. 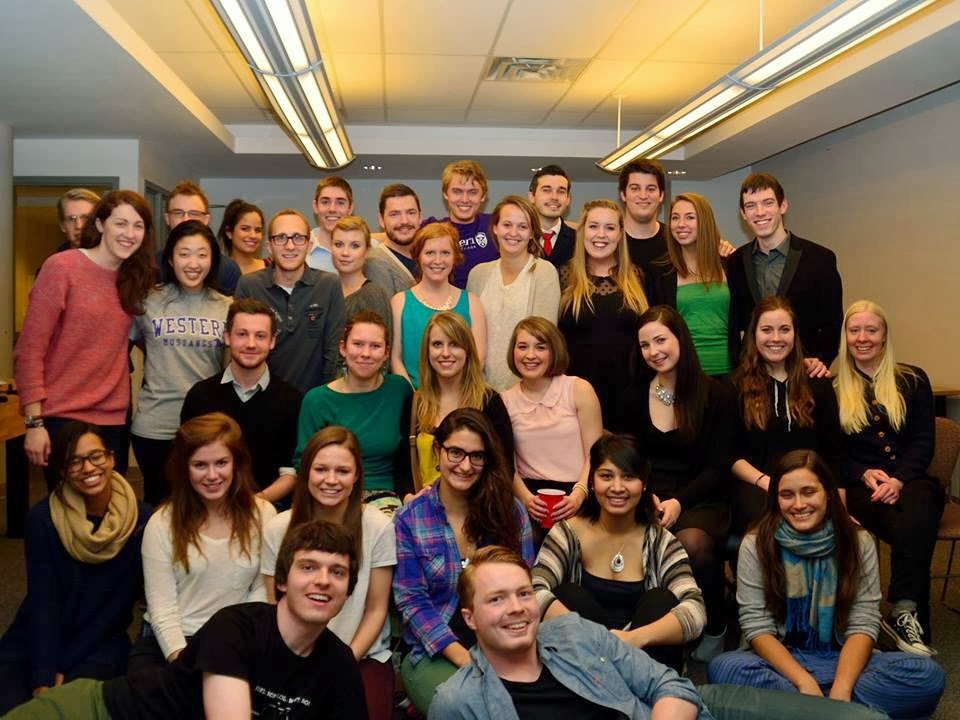