In the first of an ongoing series in which AMS students share some of their Year Abroad experiences, Rebecca Hunt gives us two glimpses of her time at the University of Redlands, California. 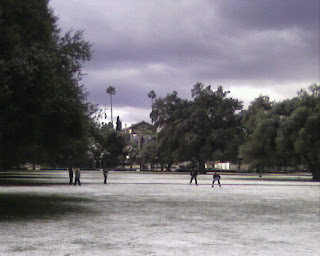 "During my time at Redlands, it snowed for the first time in 10 years. Many of my friends had never seen snow before and we all went out in our pyjamas (as it was early in the morning!) and made snow balls." 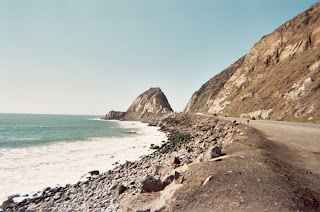 "This photo was taken whilst driving along the Pacific Coast Highway to Orange County from Santa Barbara. Just after I took it I saw two dolphins swimming in the sea which was pretty amazing!"