Native American Land and The Problem of Judicial Borders: An End in Sight?

Our next blog piece is by John on his essay for the module 'Race and Resistance': 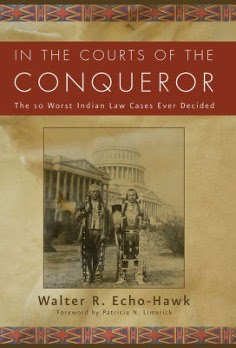 For any of those that have studied Native American history will be familiar with the court case of Oliphant vs Suquamish. For those that haven't, this landmark case made it impossible for the Native American tribal courts to properly try or prosecute Americans that committed crimes on tribal land. Ever since this trial and precedent was introduced in 1978 it has received backlash from indigenous tribes across America, and it’s easy to see why. The hypocrisy of this case is clear. It produces a lack of judicial authority on your own land whilst indigineous people are still tried by Federal courts if committing crimes outside of tribal territory. The land that Native Americans were forced into is being reduced into a mere living space rather than an autonomous territory.

It is still clear that the conflicts surrounding judicial authority and territory are at the forefront of the Native American struggle when we observe the landmark case of Canada vs. Richard Lee Desautel that occurred earlier in 2021. Desautel, a descendant of the Sinixt tribe, was prosecuted by the federal courts of Canada for hunting an elk without the proper permit. He argued against the prosecution, stating the land was the historic hunting grounds of the Sinixt. What complicates this matter is that the Sinixt tribe were originally in Canada, but were forced south into what is now Washington. Once the borders between these two were properly founded, Canada declared the Sinixt extinct. Canada has in place a constitutional right for the protection of aboriginal people which allows them free claim over their traditional land, however because the Sixtin have been deemed extinct this originally did not apply to the protection of Desautel’s right to hunt. Desautel set out to prove that despite being displaced from Sixtin land, he and thousands of other Americans were descendants of this tribe and should be able to freely operate in their traditional land. The Supreme Court overturned Desautel’s charge and noted that “Excluding Aboriginal peoples who moved or were forced to move, or whose territory was divided by a border, would add to the injustice of colonialism” (Guardian, Cecco).

This case is interesting when comparing it to that of Oliphant vs Suquamish. Over 30 years later we are still seeing the impact of a displacement of Native American boundaries and the control they have over the land they once claimed. Not only are we still seeing the impact of this case, but we are finally seeing a reversal of this forced subordination to federal boundaries. The Desautel case is an important component in observing the relationship that Native American rights have with the land they once inhabited and the steps that the Federal state must take to ensure their rights are completely protected and that claim to their traditional land must not be restricted by boundaries put in place by colonisers. Will the dissolution of borders, albeit too late, morph into a resurgence of judicial power for Native Americans, and will they eventually be able to act as an autonomous state?