The Battle of Gettysburg at 150 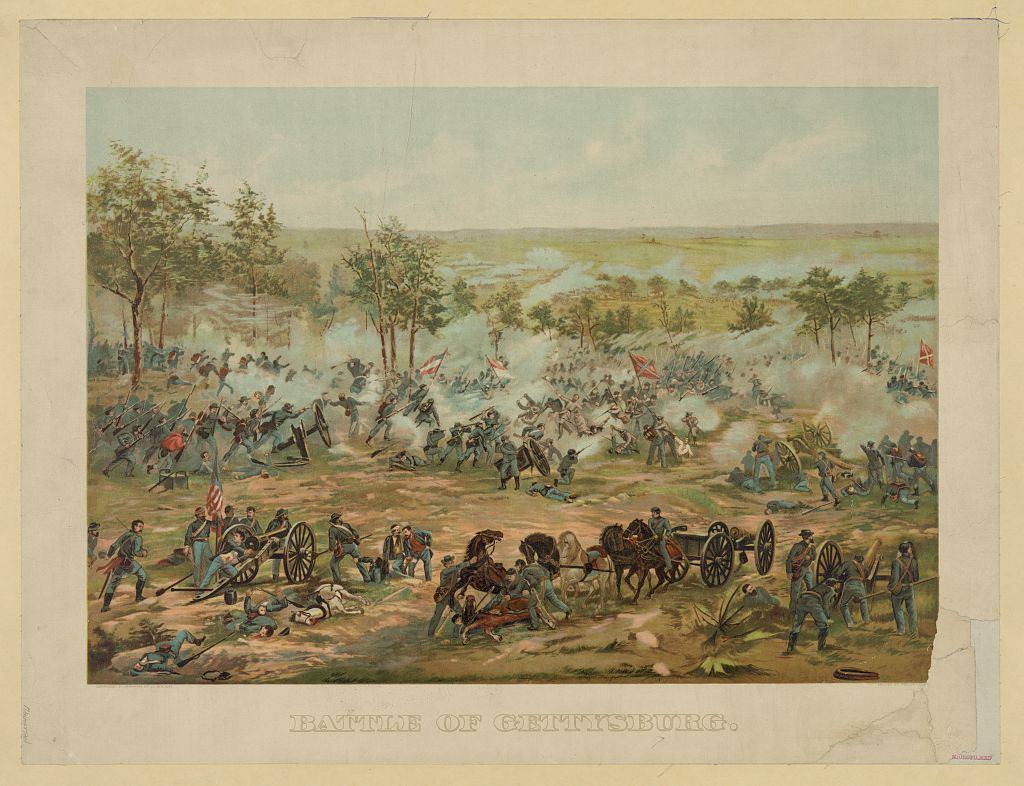 Seven score and ten years ago today, the Battle of Gettsyburg - perhaps the most pivotal moment in the American Civil War - was being fought in Pennsylvania. You can see how Harper's Weekly reported things at the time here, and the New York Times Disunion blog has a great assessment of "What Gettysburg Proved", here. Those two links are the tiny tip of a very large iceberg of online commentary and resources. So below, a selection of links that have caught our eye on Twitter. Please feel free to share your own suggestions for further reading in the comments.

Get lost in the incredible history of the Battle of Gettysburg in this interactive map http://t.co/KKbvgza4Qb
— Smithsonian Magazine (@SmithsonianMag) July 1, 2013

The terror of being black in front of an advancing Confederate army #cw150 #gettysburg http://t.co/EElGLmZEr3
— HNN (@myHNN) July 2, 2013

The Gettysburg illusion: How a re-creation of the battle helped erase the meaning of the Civil War http://t.co/T9Hb3RPEji
— The Atlantic (@TheAtlantic) July 2, 2013

The mouseover images in this #Gettysburg project by @PittsburghPG are so neat http://t.co/l0BrSdCY4d
— Adam Nekola (@nekolaweb) July 2, 2013