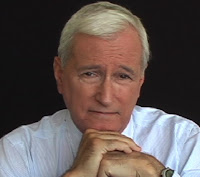 The speaker at this week's research seminar is Mike Lee, a former American television newsman who was originally hired by none other than Walter Cronkite. As he puts it on his website:


Mike Lee is an Emmy and Peabody award winning former U.S. TV network correspondent.  Mike covered the world for 47 years for ABC (see ABC News Bio), CBS, and other news organizations.    Mike Lee has reported from over 40 nations.   His global news reporting includes virtually every major news story from Europe, Russia, Middle East, and Africa.    Mike has produced human interest feature profiles of people and issues in dozens of locations from the Artic Circle to the South Pacific.