UEA’s Malcolm McLaughlin will be visiting East St. Louis, Illinois, next week to make an appearance as a guest speaker at a conference that has been organized by Professor Andrew Theising of Southern Illinois University and the local Action Research Project, as part of the city’s 150th anniversary celebrations.
East St. Louis is one of America’s forgotten corners. It was basically a city of factories and when those shut down in the 1960s-1980s there was almost nothing left. Thousands of people moved away and its population shrank from over 100,000 to under 30,000 today. In places where factories once stood there are now acres of abandoned land – the urban prairie. But there are good things happening, too, like the community gardens project which is letting the people of East St. Louis reclaim their city and turn the urban wilderness into plots of flowers, fruits, and vegetables. 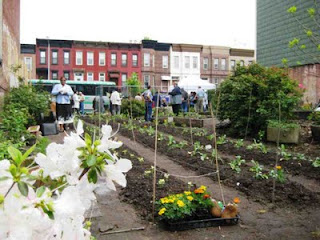