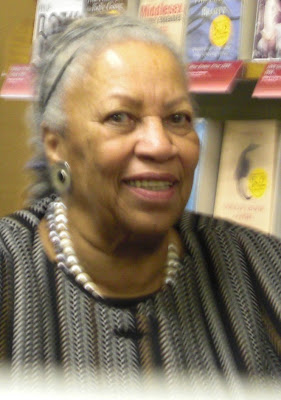 Last Thursday, October 30th, Nobel prize winner Toni Morrison returned to Norwich to give a reading from her latest novel, A Mercy. A guest of UEA’s Literary Festival for the third time, Morrison drew in a packed lecture theatre as she discussed the enduring legacy of slavery, a theme which runs throughout her work, growing especially prominent in what is now her ninth novel.

In his introduction to Morrison on Thursday evening, Professor Chris Bigsby spoke of “the curse of slavery and its aftermath that ricochets through the centuries.” Morrison’s work delves beneath a surface portrayal of slavery, recognising that the enduring effects of this institution still continue to resonate today.

Truth, Morrison identified, is the most important element within life. Thus, if memories of the past become disturbed or erased then it is impossible to move forward until this has been rectified. Slavery and racism she likened to “a married couple.” The flux and uncertainty that rocked the U.S. during the years of slavery is mirrored now in the endurance of racism in the twenty-first century. It is for this reason Morrison sets her novels in the past, acknowledging that it provides an infinitely rich source material, whilst also comprehending that it is only through addressing the fundamental issues of race, those issues that remain engrained within U.S. culture today, that one can look to progressing towards the future.

Morrison was, of course, speaking on the eve of one of the most publicized and controversial presidential elections in history, and there was a palpable sense that the road to change was opening. As Morrison put it, “the pieces are available, they are just not yet fused.” She nationally publicised her vision for the future earlier in the year in a letter of endorsement to President Elect Barack Obama.

As Morrison revealed on Thursday night, “I am holding your hand all the way.” No one is alone in this battle any longer. Morrison writes both to, and for, the entirety of America, as well as the global community. In the wake of Obama's victory, Morrison's hope that the progress of African-Americans can no longer be held back forever seem vindicated, now that the legacies of the past are being re-acknowledged and addressed.

The UEA Literary Festival, now in its seventeenth year, is run each autumn semester by the Arthur Miller Centre for American Studies. Guests this year have also included Cherie Blair, Geraldine Brooks and David Gutterson, whilst in the upcoming weeks Richard Holmes, Sebastian Barry and Juan Chang will be presenting their works. For more information and ticket enquiries please contact the UEA box office. Furthermore, recordings of selected previous guests can now be found here. 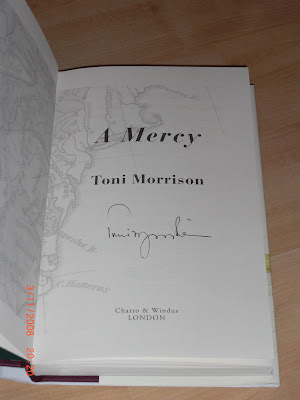